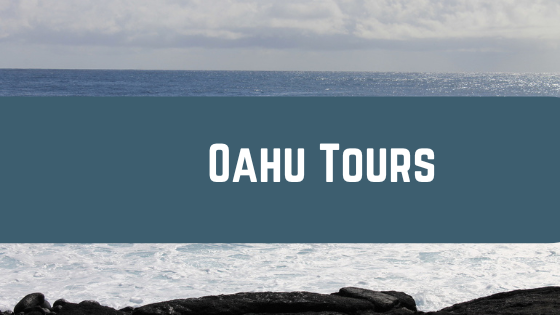 About 30 miles (48 km) north of Honolulu lies Haleiwa, a small seaside town that is home to many of Oahu’s famous North Shore beaches and maintains an old world charm to entice vacationers to Hawaii. Haleiwa was founded in 1832 by Protestant missionaries, Reverend John and Ursula Emerson. They helped establish a mission, a girls’ seminary and a Protestant church that still stands today (though it has hence been renamed “Queen Lili’uokalani Protestant Church” to honor the Hawaiian queen who visited Haleiwa and worshipped in the church).

The Westerners brought with them the concept of private land ownership, and soon a prosperous economy of private sugar and pineapple plantations began to boom in Haleiwa. In 1898, Benjamin Dillingham, a wealthy businessman with a broad-minded vision for the area’s future, opened a grand Victorian-style hotel, which he proudly called “Haleiwa Hotel,” meaning “House of the frigate bird.” Haleiwa became the last stop on the Oahu Railroad, which was one of Dillingham’s major projects, allowing crops to be transported from the North Shore to the rest of Oahu. Haleiwa Hotel soon became a red-hot getaway for prosperous Honolulu families who thirsted for vacations “in the country.” Both these early establishments – the railroad and Haleiwa Hotel, shaped the town into what it is today. The construction of the railroad and the thriving sugar plantations required laborers, which led to an influx of Chinese, Japanese, Korean, Portuguese, Norwegian, Scotsmen and Filipino immigrants, who were contracted to work.

Over a hundred years later, Haleiwa still retains this multiethnic nature. According to the U.S. Census Bureau, the racial make-up of Haleiwa today includes an admixture of whites, blacks, Native Americans, Asians, Pacific Islanders, Latinos and those who are mixed with two or more races. The Haleiwa Hotel has long since been replaced with “Haleiwa Joe’s Restaurant,” but the initial existence of the hotel (as well as the business ventures undertaken by the immigrants who left the sugar plantations and went into business for themselves) did wonders to promote the town as a tourism destination and a business center.

Today, Haleiwa spans a total area of 2.5 square miles (6.6 km²) and has a population of around 2,250. It functions as the commercial capital of the North Shore and somehow manages to retain some of the ambiance of old plantation life. A small boat harbor is located on Waialua Bay, and two lovely local parks, Haleiwa Beach Park and Haleiwa Alii Beach Park, line the shore, drawing in scores of locals and out-of-towners.

There are quite a few North Shore Tours Oahu Hawaii visitors can take to explore Haleiwa and the town’s unconventional shops and ample surf stores. They can stand in a queue in front of Matsumoto’s and Aoki’s to sample Hawaii’s famous “shave ice.” Or they can visit Haleiwa’s unique art galleries, such as the North Shore Gallery, which features stunning seascapes painted by the famed Walfrido. The Haleiwa Surf Museum and Strong Current Shop are other local favorites, where tourists can purchase surfboards designed by local surf legends Mike Diffenderfer and Dick Brewer. 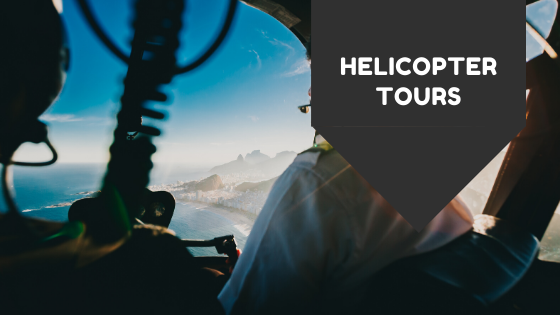 The winter months are the best time to find good deals on Grand Canyon tours. For starters, you want to book your tour in advance. That way, you can take advantage of any early bird deals available. Although you’ll probably be able to get your tour tickets up to about 72 hours in advance, it is better to play it safe and get your seats two weeks ahead of time. Also, buy your tickets online because that’s where you’ll find the lowest prices.

You can choose from an air tour that lands at the canyon, and a tour that just circles the canyon and heads back to Vegas. The landing tours offer more thrills and fun, but if you need to save money, you may want to opt for an air-only tour. The aerial tours are great on their own and provide you with around three hours of flight time and aerial viewing.

If you take a landing tour to the West Rim, you can land on the canyon floor or on top of the rim. Making the flight to the canyon floor to land is an experience you don’t want to miss. It gives you an interesting perspective on the canyon, and once you land, you can enjoy a champagne picnic.

Landing on top of the West Rim is good too, because that puts you near the world famous Grand Canyon Skywalk, which is an experience you’ll always remember as you walk out beyond the canyon wall on a bridge of glass.

Tours Of The South Rim

The flights from Vegas to the South Rim are by airplane. Planes can get to the South Rim in about 60 minutes, and they set down at the airport near the main gates. These tours include about two hours of viewing the Grand Canyon National Park, so you’ll get to see many of the highlights. Plane excursions to the South Rim can easily be upgraded to include a chopper flight to the North Rim and back.

Planes that depart from Vegas also tour the West Rim. Airplanes go along the same path as helicopters except they do it at a much higher altitude. Airplane flights are the most affordable kind of air tour so they are awesome if you are on a tight budget. And there is no worry about sacrificing your sightseeing experience since you can add a chopper tour of the canyon to your flight package.

If you liked this tour than you should look for other best places for helicopter tours and enjoy the beautiful sites. 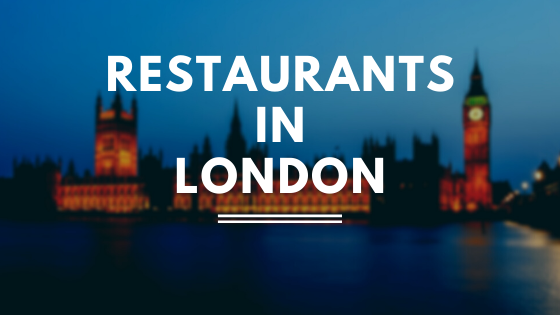 Before you begin your visit to the beautiful city of London, it will be extremely helpful to know a few of the basics to make your trip as wonderful as possible. Following are a few useful tips for your trip:

Capital: London is the economic, cultural and political capital of Britain. Visitors are even allowed to visit Buckingham Palace, which is the Queen’s official home. You will also be able to take a tour of the Houses of Parliament which is a historic dwelling of the government in the UK

Connectivity: London is remarkably well connected. It has a high-speed Eurostar rail and five international airports. Over 50 countries are in the interior of a flight-time of only three hours. Not only that, but there are 310 international termini that have direct connections to London.

Diversity: The city of London is actually a city that is the center of the world, also known as a world in one city. There are over 300 languages that are spoken in London and visitors will find an abundance of different communities and a variety of cultures throughout the world in one city – London.

Attractions: London City’s world-class sightseer attractions are known around the world. And the best part is that a number of the world famous attractions are free to visitors such as free to the public is the National Gallery, the famous Victoria and Albert Museum, and Tate Modern.

Outdoors: Just about a third of London City is dedicated to open spaces and parks. On fine days, and maybe just slightly rainy days, there are a number of places to relax. While enjoying the outdoors, be sure to visit Hampstead Heath in North London and the Royal Parks that offers remarkable view of the city.

Thames: The Thames River runs directly through the heart of the city of London. It runs from Richmond through Westminster, the central borough in London, to Greenwich. A great plus for sightseers is the fact that there are river buses and river cruises that gives a tourist a fabulous method of seeing the city.

Restaurants: London has over 6,000 restaurants so tourists and sightseers will never run out of places to eat. The city asserts that it has a number of celebrity chefs and 55 Michelin Star restaurants. Not only that, there are hundreds of good, less expensive options too, such as the Lina Stores – most popular pasta restaurant in London.

Hotels: Whether or not you would like to stay in a famous 5-star hotel, an inexpensive backpacker’s hostel or a comfy bed and breakfast, London presents an expansive range of excellent accommodations.

Transport: London has an incredible transport system with its red buses, the Tube and their black taxis. No matter the method of transportation, you will be able to get around easily and quickly. 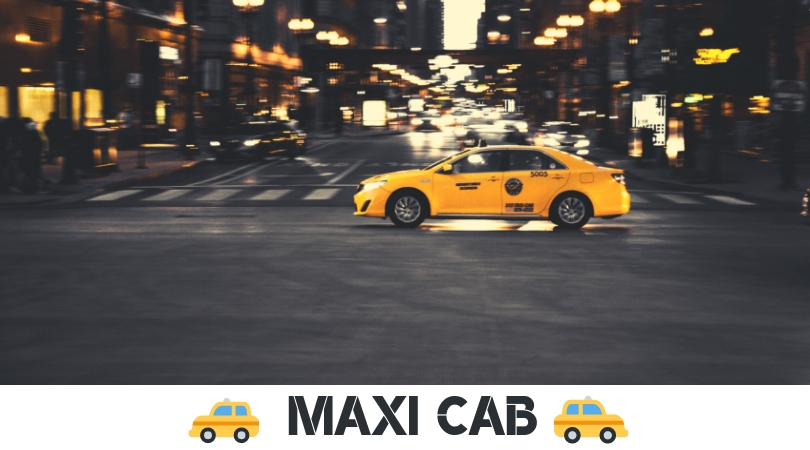 If you want to reach a destination within time, this is the best service to hire. You never know you may panic in traffic and may break the rules but with a Singapore taxi service that has a designated driver, there is no way you will break the rule.

The advantage of hiring a good service provider is that they have well-trained drivers who know the rules of the state and follow them ardently. Hence, you do not have to worry about being delayed for violation of any kind. In fact, any good taxi airport service will actually arrive a little ahead of time to pick you up so that you can reach your destination within the stipulated time.

Hiring a reliable Singapore cab service does not always mean that you have to hire the most expensive one. While it is true that their rate may be a little higher than normal, there are services that are quite affordable. You do not have to jump at the very first opportunity you get to book cabs but may like to look up the internet for a few other names that provide the same service and check out what price they are asking of their customers.

Do not just choose the least expensive service but first find out what their customers have to say about them. Word-of-mouth is the best way feedback can travel. If a service is good, people would have heard about the company and vice versa too. So, asking existing customers is a good way to find out if you are doing the right thing by hiring a Singapore cab service.

If you are choosing the cheapest company you may want to prepare yourself to be disappointed because usually companies that charge the least also do not take good care of their cars. How would you like to travel in an unkempt car that has torn seat covers? This is a possibility and that is why you must check to see the background of the cab service before hiring.

A good MaxiCab service provider is always on time and believes in being tidy. You can have a good idea about how the company work by the employees it keeps. Similarly, when you check out the cars and the drivers of a particular Singapore maxi cab company you will get a good idea about the company itself. For example Maxi Cabs are well known for keeping well-trained drivers who are themselves neat besides keeping the cars clean. You want to travel in a car like that.